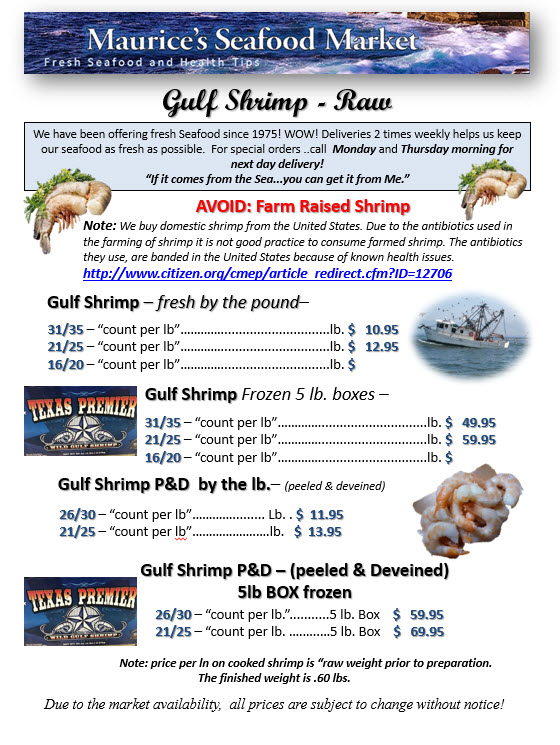 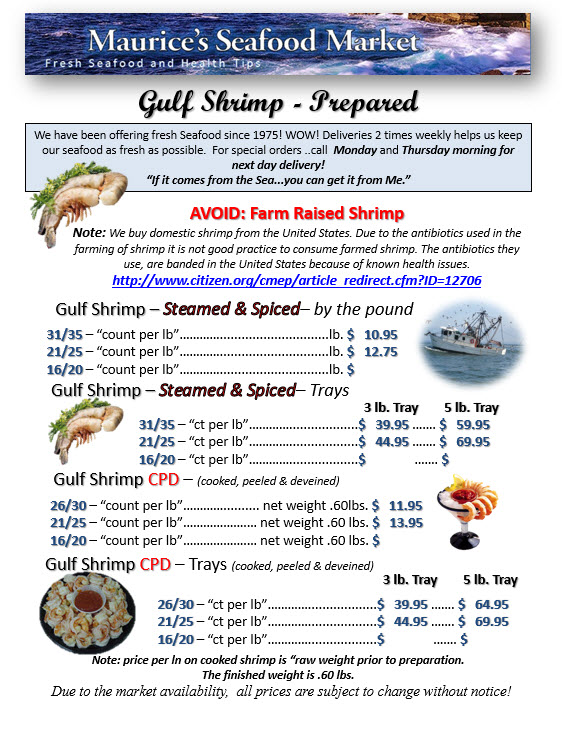 We also carry a P&D Gulf Shrimp. Peeled and deveined really makes it convenient to have on hand. They are IQF (individual quick frozen) and can be ready to prepare in a matter of minutes. They are sold by the pound, and in convenient two pound and five pound bags – prices listed above.

As far as I am concerned, there is no other shrimp that will hold a light in quality and freshness than Capt’ Gollott’s. Yes, I know…I heard the “yeah but”… and I understand. However, having been approached, more times than I have time to mention, from dealers/suppliers to switch.

I have had them bring their product to me and compare against what we have…and they have on some occasions that Capt. Gollott’s shrimp is better! I have even had farmed shrimp from the Carolina’s, and while they were good…they were NOT better than what we already have.